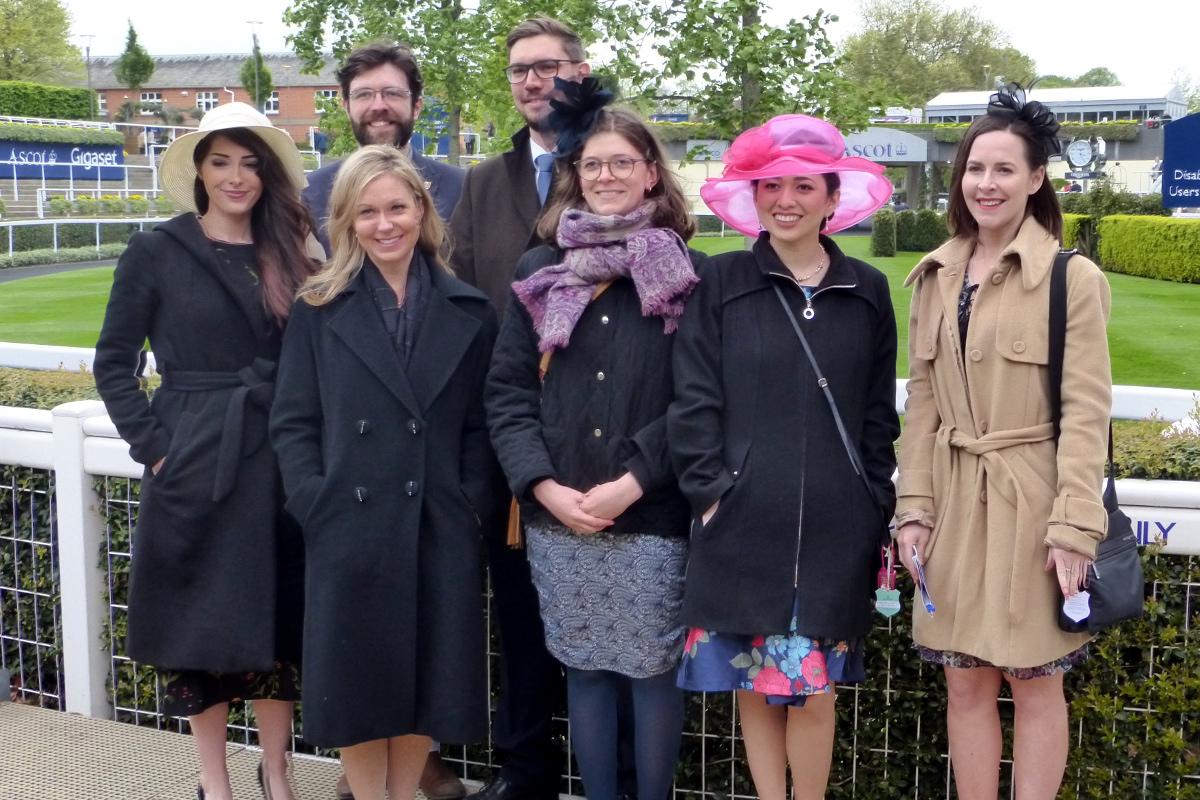 The first event of the year was at the RIBI Head Office in Alcester. This was the Link Weekend, which is an opportunity for Rotary Scholars from across Britain and Ireland to meet each other and to learn a little more about Rotary here. Nine of our scholars joined in the fun in late September, with three Rotarian hosts. Mostly we were taxi drivers but we enjoyed the day too and it was great to meet so many new people.

Philip Bobby led his famous tour of Oxford on a lovely Sunday in early October. We started at the Turf Tavern for lunch then the group of 13 headed off to New College and around the city.

Ingrid is hosted by Misbourne Matins Rotary Club was it was only natural that she joined in with the fun at Heathrow on Children in Need day – Friday 18th November. There were 350 Rotarians and friends collecting and we raised over £40,000.

On Saturday 26th November, eight scholars and two Rotarians were hosted by members of the Rotary Club of Windsor & Eton for a visit to Windsor Castle and St George’s Chapel. Again we had beautiful weather and we enjoyed a great tour of the Chapel, lunch, a tour of the state rooms, then a few stories from a Adrian, a club member who works at the Castle.

Many clubs organise Christmas events and Haddenham & District Rotary Club is no exception. Anne joined her host club for the day as one of Santa’s helpers, meeting lots of excited young people and handing out gifts.

On 30th January, three of the scholars spoke to about 100 guests at Witney’s annual Foundation dinner. Ginger, Michaela and Kate spoke about their work in their home countries, about their studies in Oxford and their future career plans. This is just one of many speaking engagements carried out by the 15 scholars at club meetings so far this year.

Ten of the scholars, their partners and host Rotarians visited Blenheim Palace on 25th February. The visit, that was kindly organised by members of the Rotary Club of Woodstock and Kidlington, included a tour of the palace and a talk from Lady Henrietta Spencer Churchill on the history of her family and the palace.

Seven of the scholars dressed for their day at the Ascot races on 3rd May, as guests of the Rotary Club of Ascot.  The Scholars and their hosts had a very enjoyable (and in one case, profitable) afternoon in the luxurious surroundings of the King Edward VII stand, followed by welcome cake and tea at a Rotarian’s home.  Kate, Rick and Jonas then spoke about themselves and their studies at an evening meeting of Ascot Rotary members and partners.