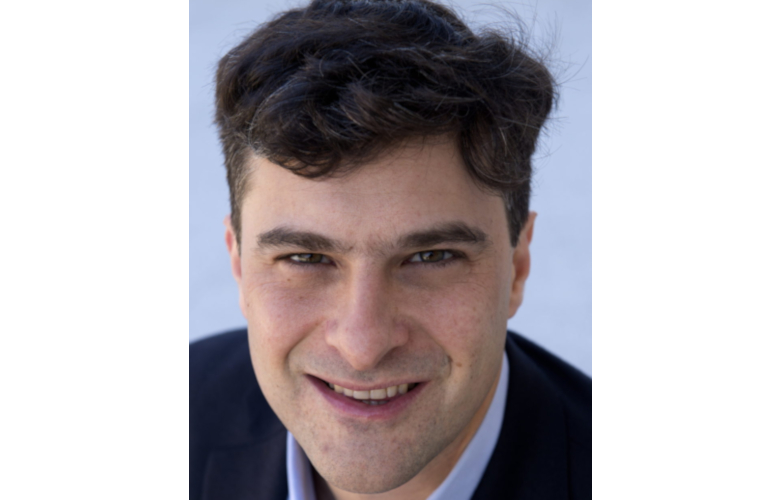 Mark’s reflection on his time at Oxford as shared with Dave King, editor of Britain and Ireland’s Rotary Magazine and member of Elthorne-Hillingdon Rotary Club.

Prior to studying at Oxford, can you give us some background about yourself – where you grew up and studied.

I was born in Washington DC, but I grew up mostly in Princeton, New Jersey. I attended Regis High School in New York City, and then Duke University.

Which Rotary club were you sponsored by, and how did that come about?

When I was a senior at Duke University, I learned about the Rotary scholarship because a friend of mine was applying for the scholarship. I was sponsored by my home Rotary club in Princeton.

Was this your first contact with Rotary, and what did you know about the organisation at the time?

Yes, this was my first contact with Rotary. I actually knew fairly little about the organisation, and it was only through a college friend that I learned about the scholarship. When I attended my first local meeting, I realised that I actually knew several members from my community.

Tell us about your time spent studying history in Oxford – what was it like, what did you make of the city, how was university life and how were you treated?

I could not have had a better year at Oxford. I studied at Christ Church, which gave me a very traditional Oxford experience that I enjoyed immensely. The graduate students were very integrated into college life, and I joined the boat club and rowed in the Summer Eights in May of my year at Oxford. The close proximity to London also allowed me to get into London often, and do research for my Masters’ thesis at the British Library.

Looking back on your time in Oxford, what influence did your time there have on your future life and career?

I graduated from college without a firm idea of what I wanted to do next. The time I spent at Oxford as a Rotary scholar was an ideal way to spend a year pursing fascinating topics – 19th Century British history and political theory -while at the same time helping shape my thoughts about a future career. During my time at Oxford, I became increasingly convinced that I wanted to pursue a career in journalism, and toward the end of my time there I began contact news organisations about job opportunities.

Where did your career path take you once you had left Oxford?

Tell us about the Pulitzer Prize you won in 2018?

Our team won the Pulitzer for our coverage of the links and contacts between the Trump campaign and Russians. Our reporting also revealed that President Trump had leaned on F.B.I director James Comey to drop an ongoing bureau investigation—a story that led to Mueller’s appointment as special counsel.

How tough is it being an investigative reporter in the current climate in America?

It has been a difficult climate for some time, with the ongoing crackdown on leaks and the hunt for who might be speaking to the media. There have been numerous investigations – beginning during the Obama administration – that have had a chilling effect on those who might otherwise be inclined to speak to the press. The Trump administration has accelerated this trend, threatening more subpoenas of news organisation to obtain information about their sources.

How has journalism changed since you started out as a reporter?

The business has changed dramatically. Looking only at The New York Times, the organisation is now a “digital first” operation – focused first on presenting news on digital platforms and making the print newspaper a much lower priority. The news cycle means accelerated deadlines and a new urgency to publish information far earlier than we previously might have. That being said, the same rules apply: be fair, check facts scrupulously, don’t publish anything if you feel uncomfortable about its veracity. It’s far better to be slow on something than to be wrong.

How relevant is Rotary to modern life?

I think all global organisations with enduring values are not only relevant but particularly important in modern life. Rotary has done important and lasting work on important issues like global health crises, and obviously I’m particularly grateful to Rotary for the enormous generosity of the scholarship program. It has been a gift to thousands of students, and the value of the opportunities these students have gained is impossible to quantify.

What message would you give to current Rotary scholars at Oxford?

There are endless possibilities at Oxford – educational, cultural, social – and you should try to milk opportunity available to you. Your time there is limited, and don’t end your Oxford experience regretting that you didn’t take advantage of the offerings. So, sleep as little as possible and explore things that you might never do back home. But, also make sure you make the time to visit some of the local Rotary clubs and give talks. I have great memories of going to some of the smaller villages around Oxford and getting to know a broader universe of people associated with Rotary.

Find out more about Mark at: markmazzetti.net