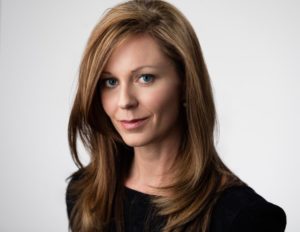 Melissa L. Skorka is a former Rotary Ambassadorial Scholar and Rotary Global Grant Scholar, Research Associate, and DPhil Candidate of the Oxford University Changing Character of War Centre (CCW). A Smith Richardson World Politics and Statecraft Fellow and Stanford University Research Assistant for the Mapping Militants Project, Skorka comes to CCW after a decade of serving as an advisor and practitioner, specializing in international security with an emphasis on violent non-state actors, U.S. foreign policy, natural resource conflict, and governance institutions in Central Asia and Africa.

As a strategic advisor to the Commanding General of the International Security Assistance Force (ISAF), Skorka completed four consecutive tours in Afghanistan, where she advised U.S. and NATO armed forces on security, stability, and growth on the borders of Pakistan and Iran. She last served in the ISAF Haqqani Fusion Cell as a policy and counterterrorism advisor to General Joseph Dunford, the current Chairman of the Joint Chiefs of Staff. Alongside her academic research, Skorka provides advice to the U.S. government and NATO armed forces on security issues in her area of expertise. She is said to be a counterterrorism expert who is noted by policymakers and armed forces professionals for her considerable intellectual merit when advising on violent extremism and its consequences.

Skorka earned a double master's degree from the University of Oxford, focusing on U.S. foreign energy policy in Nigeria's Niger Delta. She is Term Member of the Council on Foreign Relations, Truman National Security Project Fellow, and member of Women in International Security. Skorka’s work and commentaries have appeared in the Wall Street Journal, The New York Times, The New Yorker, Foreign Policy, and elsewhere. She is currently working on a monograph of the modern history of terrorist political adaptation to U.S. policy in the twenty-first century in order to encourage new thinking in the Western way of war and more effective counterterrorism.

This article first appeared in ForeignPolicy.com in October 2013.   Managing Afghanistan’s nascent industrial base will be critical as the ...

The winners of the 2018 Vice-Chancellor’s Innovation Awards have been announced at an awards ceremony in Pembroke on 12 July. ...

The Terror Problem From Pakistan

Islamabad has shown no sign it is genuinely willing to end support for proxies like the Haqqani network By Rahmatullah ...