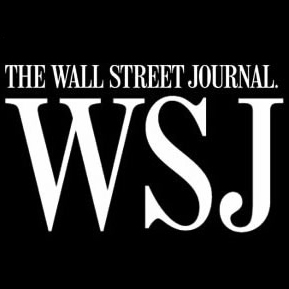 By Rahmatullah Nabil and Melissa Skorka

This was first published in the Wall Street Journal on 9th July 2017.

With the Trump administration considering how to break the stalemate between Taliban-allied groups and the government of Afghanistan, terrorists detonated a car bomb in Kabul on May 31, killing more than 150. Afghan intelligence blamed the violence on Haqqani, a terror network with close ties to the Taliban, al Qaeda and Pakistan’s spy agency, Inter-Services Intelligence. The attack demonstrates that Washington needs to focus on the threat from Haqqani, which has also consolidated militant factions across strategic regions of the war zone.

Haqqani’s ties to Pakistan make political solutions essential. Islamabad has shown no sign it is genuinely willing to end its support of terror proxies and reconcile with the Kabul regime. Yet the success of the administration’s recent decision to deepen U.S. involvement in the Afghan war will depend on whether Haqqani can be defeated, co-opted, or separated from the ISI, which for decades has relied on militant proxies to further Pakistani interests in Afghanistan.

Since 9/11, Haqqani has evolved from a relatively small, tribal-based jihadist network into one of the most influential terrorist organizations in South Asia. It is largely responsible for the violence in Kabul and the most notorious attacks against the coalition. It masterminded the 19-hour siege on the U.S. Embassy and NATO headquarters in 2011, and allegedly facilitated an assault on a U.S. Consulate near the Iran border in 2013 and a 2009 suicide bombing of a U.S. base in Khost province, which killed seven CIA operatives. The group also holds five American hostages in Pakistan. Since the 2013 death of Taliban leader Mullah Omar, Haqqani has become the only group with the cohesion, influence and geographic reach to provide Pakistan with “strategic depth”—a territorial buffer on its western border.

Pakistan denies sponsoring terror proxies and continues to work with the U.S. in counterterrorism against certain anti-Pakistan groups. But Western and Afghan officials say Islamabad also sponsors terrorism in order to undermine Afghanistan and India. In 2011 Adm. Mike Mullen, then chairman of the Joint Chiefs of Staff, called Haqqani a “veritable arm” of the ISI.

Haqqani is a central element of the strategic challenge that faces the U.S. and its allies. The network’s expanding operations in northern and southeastern Afghanistan, and especially in Kabul, over the past decade have enabled its Taliban affiliates to “control or contest” territory accounting for about one-third of the Afghan population, or nearly 10 million. That’s a higher proportion of the population than Islamic State controlled in Syria and Iraq at the height of its power in 2014, according to CNN’s Peter Bergen. The militants’ wide reach makes it hard for NATO forces to build enduring partnerships with Afghan civilians.

As the debate intensifies over how the U.S. should respond in Afghanistan, Washington must also change its approach to Pakistan. As a first step, the president should appoint an envoy who would lead diplomatic and intelligence efforts to buttress the Kabul regime against terrorism. The envoy would also sharpen the focus on Pakistan in bilateral diplomacy with countries that have good relations with Islamabad, such as China, Saudi Arabia and other Persian Gulf states.

The envoy would also oversee relations among Afghanistan, Pakistan, Iran, Russia and India, focusing on the formulation of political solutions. A U.S. alignment with India would more effectively check Pakistan, while improved U.S. relations with China, cemented over shared concerns about escalating violence and economic security, could pressure Islamabad and its proxies into a political settlement.

The U.S. should also press Pakistan to stop providing sanctuary to terrorists. That would require Washington to consider publicly exposing the extent to which officials at the highest levels of the Pakistan military and ISI support terror. Such moves against an ostensible ally would be unusual and would require advanced measures to protect intelligence sources and methods. But the U.S. has tolerated Pakistan’s duplicity for 16 years, and it hasn’t worked.

Equally important, the Afghan National Security Forces are unequipped for infiltration by Haqqani factions. The U.S. and NATO allies should increase political intelligence and military resources to ease into a strengthened combat-support role, training and mentoring the Afghan forces. A more adaptive political-military NATO campaign would help reduce the threat from Haqqani, eventually enabling Afghan troops to move from defense to offense against increasingly capable adversaries.

Without a broader shift in the U.S. approach to build a more peaceful regional order, the Kabul terror attack may be a harbinger of a more dangerous war to come—one in which Haqqani would play a more important role in the Afghan conflict and global jihad than any other militant network in the region. Pakistan must account for its support of terrorists and face incentives to act more like an ally that would benefit from increased stability in South Asia and beyond.

Mr. Nabil served as the head of Afghanistan’s national directorate of security from 2010-12 and 2013-15. Ms. Skorka served as a strategic adviser to the commander of International Security Assistance Force in Afghanistan from 2011-14 and is a research associate at Oxford’s Changing Character of War Centre.