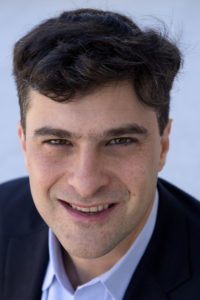 Mark Mazzetti is a correspondent for The New York Times, where he has covered national security for the newspaper’s Washington bureau since 2006.

In 2009, Mark shared a Pulitzer Prize for reporting on the intensifying violence in Pakistan and Afghanistan, with Washington’s response to the issue. The previous year, he was a Pulitzer finalist for revelations about the CIA’s detention and interrogation programme.

Before joining The New York Times, Mark was a staff writer for the Los Angeles Times, and a Pentagon correspondent for US News and World Report. During the war in Iraq in 2003, he spent two months embedded with the 1st Marine Expeditionary Force and as a reporter in Baghdad.

from Oxford and the British Library to the New York Times

Mark’s reflection on his time at Oxford as shared with Dave King, editor of Britain and Ireland's Rotary Magazine and ...